Honouring the Contributions of Indigenous Women

Celebrating the diverse cultural identities in Australia is an essential element of achieving reconciliation. NAIDOC Week originated in the 1920s, and the journey to 2018, where the celebration of NAIDOC is being led by government, national brands, institutions and mainstream media, has been a slow and hard fought one.

This year’s theme celebrates the women who have carried dreaming stories, songlines, languages and knowledge that have kept Indigenous culture strong and enriched as the oldest continuing culture on the planet. The women who have marched, protested and spoken at demonstrations and national gatherings for recognition and demanded a better life, greater opportunities or equal rights for Indigenous children, families and people.

They are pioneers, trailblazers and caregivers who have empowered past generations and paved the way for generations to come.  Each woman who has contributed to social progress for Indigenous culture is someone that all Australians can be proud of.  They have played a big part in calling for Australia to become more educated and understanding of our Indigenous history and continue to do so in a huge variety of roles.

COS® at NAIDOC Week

COS® employees are among so many attending various NAIDOC Day events around the country this week. One of these was held at Sydney University, where hundreds gathered to hear The Honourable Linda Burney MP speak. Linda then joined a panel of inspiring Indigenous women, including Professor Juanita Sherwood, Acting Deputy Vice-Chancellor for Indigenous Strategy and services at The University of Sydney, and Bianca Hunt, the 22-year-old Co-CEO for the Australian Indigenous Mentoring Experience (AIME) program.

Events such as this encourage us to be advocates and activists for a more prosperous Indigenous future. COS® believes in equal opportunities for all, and we also believe that Australia’s business sector has a responsibility and multiple opportunities to make a positive impact within communities throughout Australia. We actively support the “Closing the Gap” initiative, focused on reducing the health, education, employment and life expectancy gap between Aboriginal and Torres Strait Islander peoples and non-Indigenous Australians.

The last 4 years has seen an increase in our involvement with Aboriginal and Torres Strait Islander suppliers, where we currently spend $2 million annually. In 2014, after a Supply Nation introduction, COS® formed a partnership with Muru Group, a unique national and wholly Indigenous owned office supplier.

Muru is an Indigenous word meaning “pathway” and Muru Group was established to help create employment and education pathways for Indigenous people. In 2016, the effectiveness of this partnership was acknowledged at the Supply Nation Connect Awards, where COS® and Muru Group were awarded the Supplier Diversity Partnership of the Year Award. Between 2017 and 2018, Muru Group donated $50,000 to an early learning centre in Far North Queensland. The program provides literacy and numeracy support to 150 residents in the local community, many of whom are under the age of 5. To find out more about this project see “Closing the Gap, One Step at a Time”. 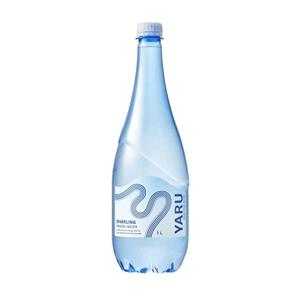 WATE3000
This premium bottled sparkling water is refreshing in every sense of the word. Not only does it r....read more

COS® supply a wide range of products via Indigenous suppliers and are proud of our involvement in the advancement of Indigenous communities.

Recently, the Assistant Commissioner for the Australian Tax Organisation (ATO) noted that through COS®, they have increased their Indigenous stationery and office supplies expenditure from 0% to 24%.  They are just one of many large organisations around Australia supporting Indigenous suppliers. Momentum is building, but as Linda Burney MP said, reconciliation is a journey, not a destination.

Let us know if we can help out.