Home  /  cospedia  /  Defibrillators: The Heart of the Matter

Defibrillators: The Heart of the Matter

30,000 Australians die from sudden cardiac arrest each year, effecting up to 4 people each week under the age of 35.

Far more lethal and unpredictable than a heart attack, sudden cardiac arrest is the largest cause of death in Australia.  It can strike anyone at any time or age,  but the critical message is that death is preventable when an automated external defibrillator (AED) is available nearby.

Despite being otherwise healthy and highly active, 39 year old father of two Brett Orpwood suffered a sudden cardiac arrest in December 2017. “I owe my life to the spontaneous actions and courage of the first responders and defibrillator granted by Maroondah Council” he said.  You can hear more about Brett’s experience first hand here.

Our workplaces and communities are prepared for injury or fire, with compulsory First Aid Kits and Fire Extinguishers in place. Yet despite the rate of death from cardiac arrest far exceeding those from fire emergencies each year, AED’s are not currently compulsory in Australia.

According to St John Ambulance only one in five workplaces in NSW alone, have a defibrillator on site.

In 2018 the Australian Hearts campaign was launched by doctors, paramedics, nurses, not-for-profits and everyday people, united by the goal of seeing that 90% of Australians are within three minutes of an AED, in the event of a cardiac arrest. 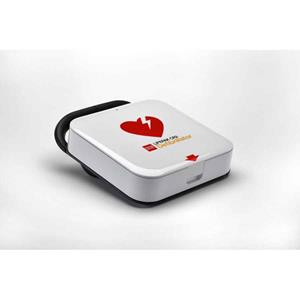 According to cardiologist Professor Chris Semsarian, the chance of survival falls by around 15% for every minute that goes past without defibrillation. After 4 minutes brain damage can occur and after 8 minutes there is little chance of survival, while Australian ambulance response times are between 8 and 12 minutes.

The Heart Foundation describes sudden cardiac arrest as an “electrical” disturbance, where the heart malfunctions and causes the heart muscle to beat ineffectively. This is different to a heart attack which is caused by a circulation problem, where blood flow to the heart is blocked.

Do workplaces cause Sudden Cardiac Arrest?

Research conducted by the Victorian Government acknowledged stress is often work related, stating that “It is important for employers to recognise work-related stress as a significant health and safety issue.”
Stress has been demonstrated to contribute to sudden cardiac arrest.

Raising awareness about sudden death in our workplace and communities is vital. Professor Semsarian suggests 3 main areas of focus for the prevention of sudden cardiac arrest.

Work Health and Safety legislation is being reviewed to regulate access to AEDs, but in the meantime take action, rather than a risk where lives are concerned. If an AED is within 3 minutes of every Australian we could save up to 15,000 Australian lives a year.  COS has a range of defibrillator’s for sale, search COSnet or call 1300 88 22 44 for more information.